The ranch included breakfast with tent camping and it was deeeeelicious!
Nothing beats a massive hot breakfast before a long day of riding.

We stuffed our faces and then played around waiting for Aaron to roll in from Tucson and a few other people to finish eating.

I was really excited about riding over this rock.

I think I need a trials bike.

I really liked the casual way the rally was put together, there were gps tracks made available and maps laid out with routes color-coded by difficulty. You picked your route, found some buddies and explored at will.

People starting to gather in front of the saloon.

I thought this bike was really cute.

There were -a lot- of KLRs

KTMs were well represented too!

Karensa, another badass ADV lady. I also met Maren, who owns a green ’08 KLR. I suggested the three of go for a ride sometime, a whole rainbow of chicks on new model KLRs!

We took a few minutes to crawl up them.

Here I am sneaking behind him like a ninja!

Or trying not to fall…whatever. Those MX boots aren’t too great for rock climbin’.

Thomas joins us on his GS with street tires.

We decide to join another group of bigger bikes planning a route of easy dirt to the border road.

The whole gang at the first rest stop.

One of the KLRs decides it doesn’t really want to go again.

Aaron, our resident KLR whisperer; diagnoses, dissasembles and repairs the bike in no time.

There’s your problem, dirt where it doesn’t belong. A couple grains of sand on the float needle were all it took to take the pig out.

We proceeded down long stretches of graded dirt and gravel roads. All the big bikes were flying up at 70+mph, my bike didn’t really want to do that and at 50 it got a bad wobble going on, so I plugged along around 45 to meet them at the top. The last bit did get nice and winding though. 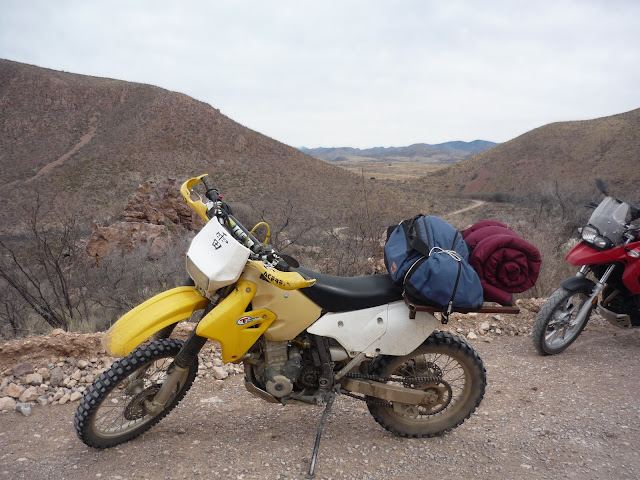 We let a little air out of my tires and it felt much better on the gravel after that.

It also got a little rougher, so I stood on the pegs and the bike just feels better to me like that. I was finally keeping up with the group as we hit the border road. 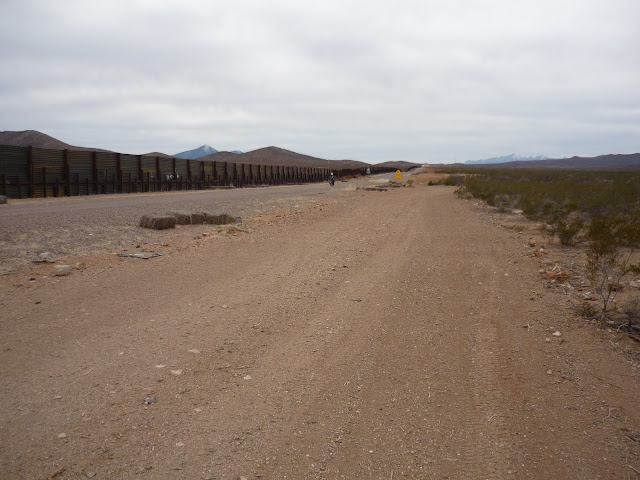 That part was really fun for me. It was pretty well graded, but rough enough to be interesting and had steep, smooth hill climbs and descents. It was like a roller coaster!

I recalled our guide Bret saying there was a very steep one “You’ll know it when you see it!” where we would stop to regroup. My eyes widened as I approached a very steep climb. I throttled up and realized there was no one waiting…that means there is a -bigger- one!

I continued along, pondering how much steeper it could possibly be and then I saw it, the mother of all steep climbs. I wasn’t going to stop and lose momentum, so I just throttled over and then used all my concentration to stop on the top and not to launch into the stack of bikes waiting.

Sean was nice enough to make this elevation profile though to give you an idea. We waited for a while and discovered Thomas and James hadn’t been seen for miles. I was worried about them, but the group decided there were plenty of Border Patrol to help out if there had been a problem and it was most likely the GS was struggling on its knobless tires and they just turned off.

I tried to restart my bike to leave, but it would just stall. Aaron pushed me down the hill to bump start it. It stalled again further up the road when we stopped and we figured out it was just the clutch lever adjustment, it had jiggled loose and wasn’t engaging properly. Just as we fixed it, Thomas and James rolled up!

Apparently James’ rack had given up on him and they abandoned it in the desert. 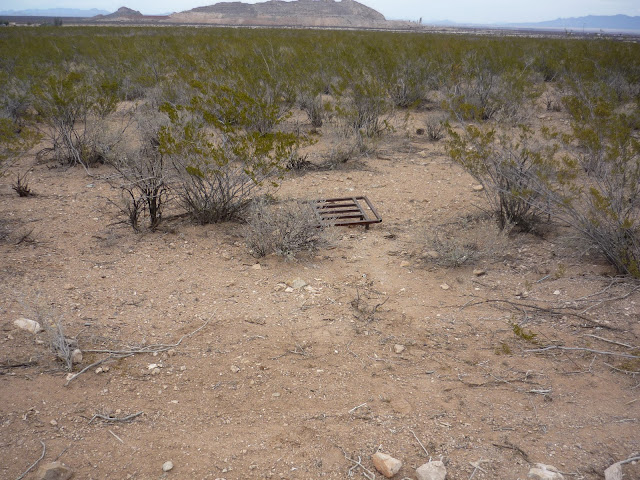 We then did a bunch of zip tie repairs to a KLR rack and my license plate, which has started splitting in half.

From here the group split up, several heading back to Tucson while the rest of rode some twisty dirt and pavement back to the ranch.

I took a long hot shower and watched the sunset.