In an effort to take it easy on myself, I gathered together the more relaxed dirt riders in our group and we went out for a day of easy trail exploring. 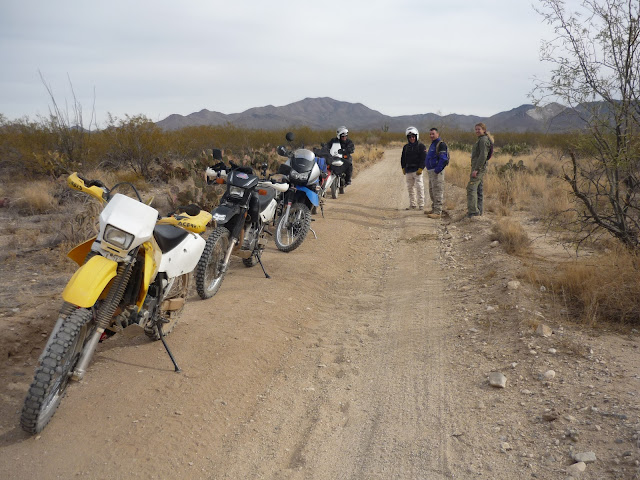 The group: James, JQ, me, John & Raven
The ride was generally glorious. Mostly smooth, graded dirt with some particularly nice sections near the gypsum mine which painted the roads a brilliant glowing white.

We spiced it up on the way back with a little more adventurous section feature a couple washes with short rocky climbs and some long stretches of sand. James warned me that the only tough spot was a 180 degree sandy turn near the end. Everytime we came to a turn I thought “Is this is? No, that wasn’t sharp enough…” and then “Oh shit this is the turn he was talking about!” as I slid over in the powder onto my right side. 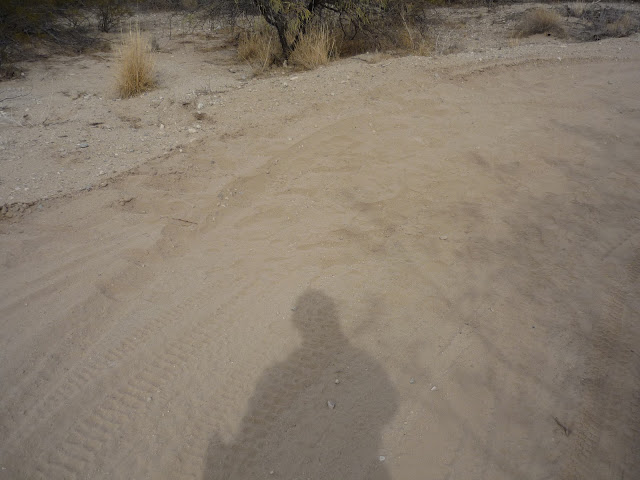 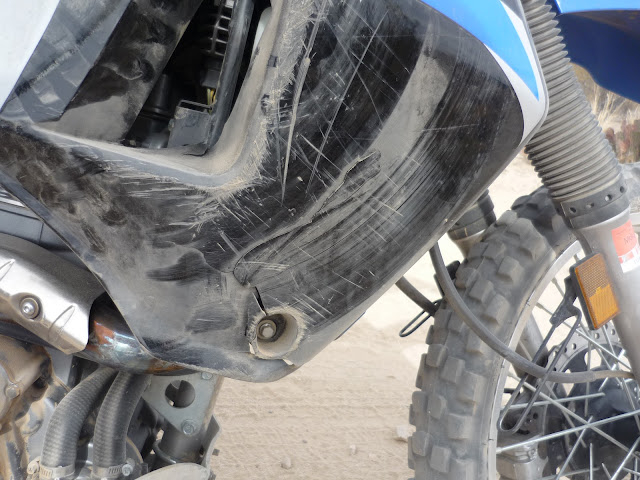 There was a benefit to my little spill though. My bike won’t start right up after it’s been on it’s side, so while we were waiting for it stop being flooded and for my adrenaline to subside, we realized Raven’s taillight had rattled off!

Oh there it is! 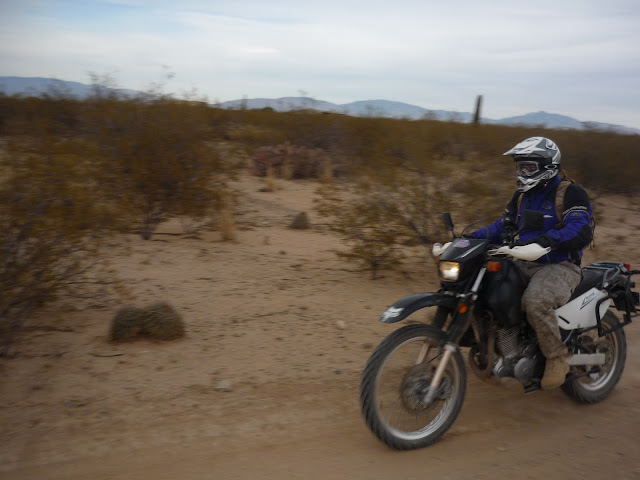 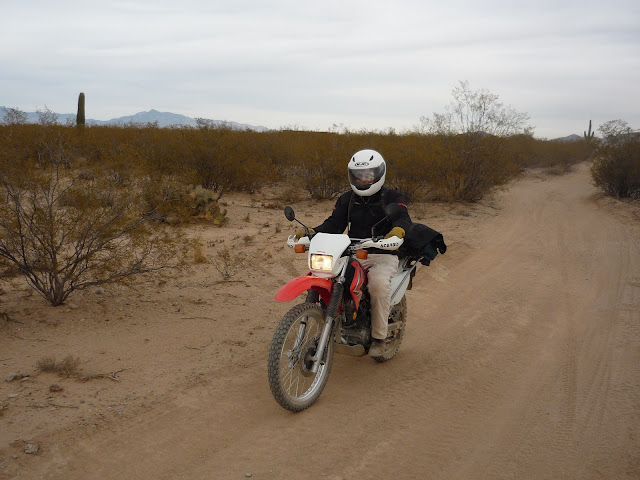 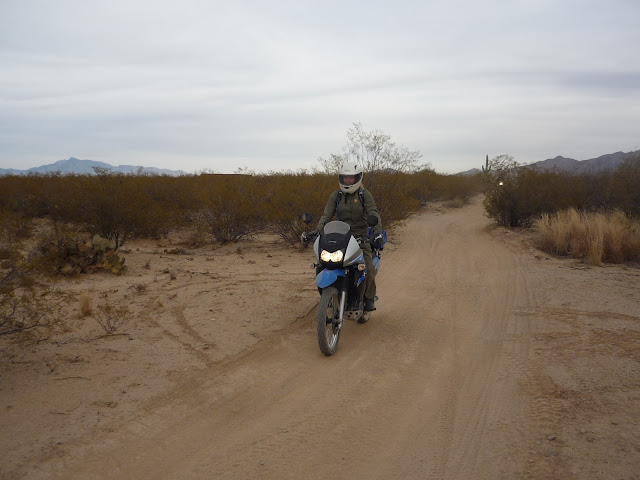 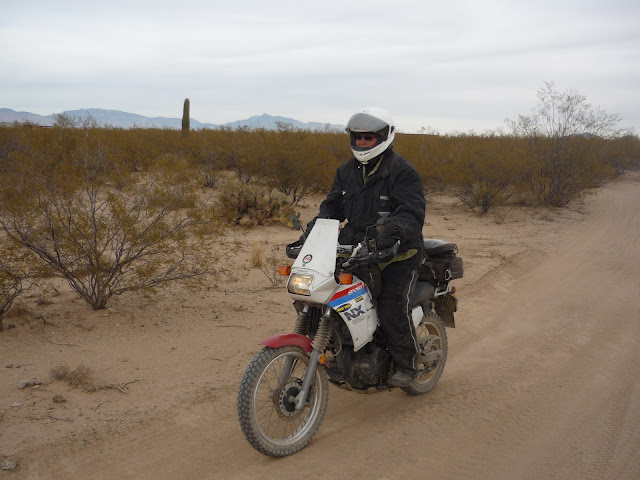 We ate some awesome pizza and watched the sun set on the way home! 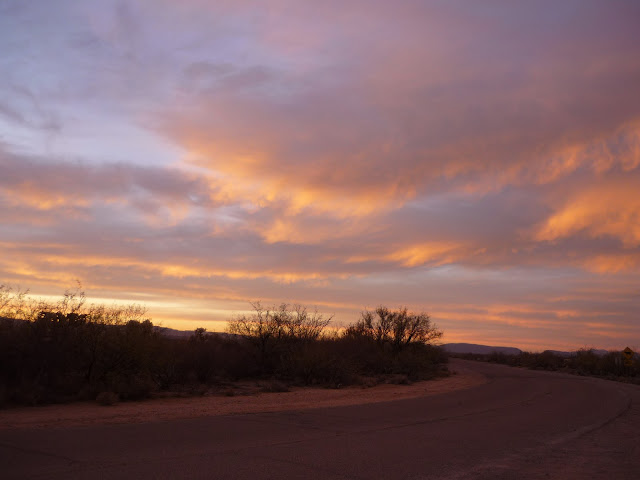